This eBook is for the use of anyone anywhere at no cost and with
almost no restrictions whatsoever.  You may copy it, give it away or
re-use it under the terms of the Project Gutenberg License included
with this eBook or online at www.gutenberg.net

Produced by D Alexander and the Online Distributed
Proofreading Team at http://www.pgdp.net (This book was
produced from scanned images of public domain material
from the Google Print project.)

Entered, according to Act of Congress, in the year one thousand eight
hundred and sixty, by

in the Clerk's office of the District Court of the Southern District of
New York. 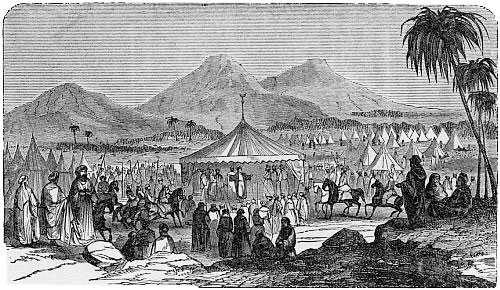 The word khan is not a name, but a title. It means chieftain or king. It is a word used in various forms by the different tribes and nations that from time immemorial have inhabited Central Asia, and has been applied to a great number of potentates and rulers that have from time to time arisen among them. Genghis Khan was the greatest of these princes. He was, in fact, one of the most renowned conquerors whose exploits history records.

As in all other cases occurring in the series of histories to which this work belongs, where the events narrated took place at such a period or in such a part of the world that positively reliable and authentic information in respect to them can now no longer be obtained, the author is not responsible for the actual truth of the narrative which he offers, but only for the honesty and fidelity with which he has compiled it from the best sources of information now within reach.