The sources of social power: Volume3: Global empires and revolution, 1890–1945 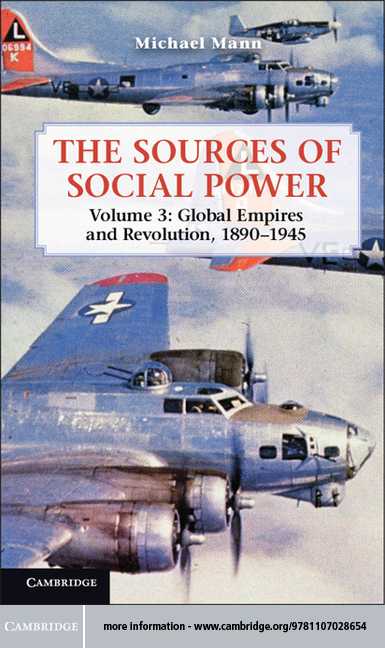 The sources of social power

ical, economic, military, and political – this series traces their inter-

relations throughout history. This third volume of Michael Mann’s

global empires and continues with a global history of the twentieth

century up to 1945. Mann focuses on the interrelated development of

world; the self-destruction of European and Japanese power in two

world wars; the Great Depression; the rise of American and Soviet

power; the rivalry between capitalism, socialism, and fascism; and

the triumph of a reformed and democratic capitalism.

Michael Mann is Distinguished Professor of Sociology at the

University of California, Los Angeles. He is the author of Power in

Side of Democracy (Cambridge 2004) was awarded the Barrington

Moore Award of the American Sociological Association for the best

book in comparative and historical sociology in 2006.

The sources of social power

This publication is in copyright. Subject to statutory exception

and to the provisions of relevant collective licensing agreements,

no reproduction of any part may take place without the written

Printed in the United States of America

A catalog record for this publication is available from the British Library.